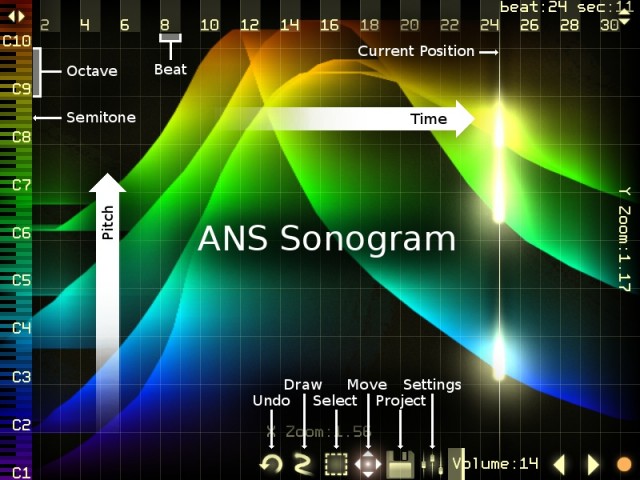 The original ANS is a photoelectronic microtonal/spectral musical instrument created by Russian engineer Evgeny Murzin, from 1938 to 1958. Murzin named his invention in honor of the composer Alexander Nikolayevich Scriabin.

With ANS, you can draw a complete piece of music, or convert sound to image (sonogram) and then make some complex sonogram modifications. According to Zolotov, “the potential of the program has not been explored yet, so it is…for people who are searching for something new”.

Here’s an example of ANS in action on iOS:

Here’s an example of ANS in action:

Here’s a demo of using it for sound to image conversion and vice versa:

If you’ve used Virtual ANS, leave a comment with your thoughts on it!