At the 2014 NAMM Show, Korg announced the Taktile and Triton Taktile, two new USB/MIDI controller keyboard designs, available in either 25 or 49-key variations.

The Taktile features the same semi-weighted keyboard that’s used on synthesizers and music workstations such as the KingKORG and KROME. It includes a touch pad, inherited from the Kaossilator, that lets you play melodies using a single finger, trigger pads that let you generate chords in the key and scale of your choice and an arpeggiator that includes rhythm patterns.

The taktile also delivers standard functionality that you expect from a MIDI controller, including drum pads, pitch and mod wheels and more. 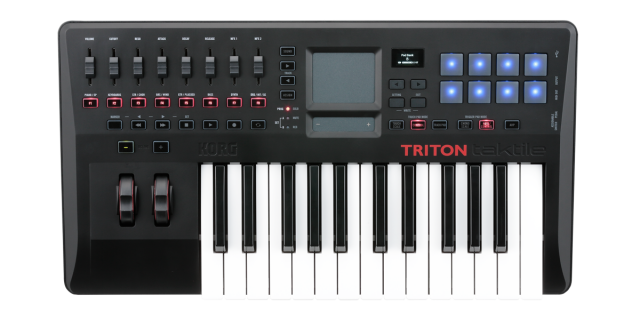 The TRITON taktile controller cranks it up a notch, adding 512 sounds from KORG’s TRITON music workstations.

Here’s a preview of the Pad functions: