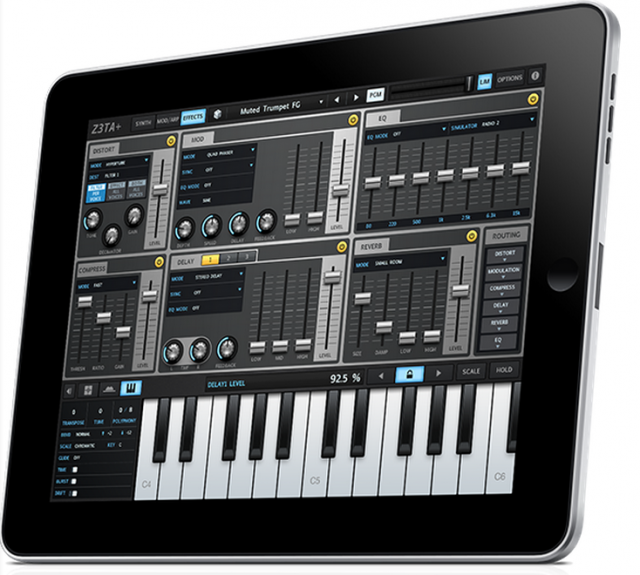 Cakewalk has announced that their Z3TA+ software synthesizer – formerly available for Mac & Windows – is now also available for the iPad.

Z3TA+ iOS puts the full power of Z3TA+2 onto the iPad – with hundreds of presets, modulatable waveshaping, dual mode filters, and flexible effects,

We were able to check this out with Cakewalk at the 2014 NAMM Show. It was clear that they not only were trying to include key iPad synth features (MIDI, Inter-App Audio, AudioBus, etc), but that they had also put a lot of thought into translating Z3TA+ to the iPad’s multi-touch UI.

If you’ve used Z3TA+ for iPad, leave a comment and let us know what you think of it!

The people I love working with are most interested in discovering/improvising new music.