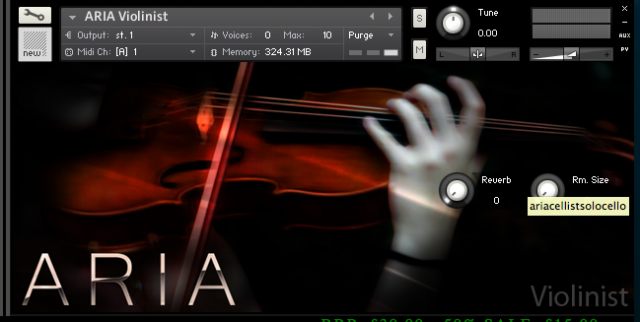 Like the cello sound we previously released, we have once again worked with a world class violinist, getting the perfect tone and massive range right into the highest but still crystal clear notes. The vibrato in the samples was also planned in such a way that it gives an extra human level, but isn’t controlled by software, allowing it to breathe more like a real instrument rather than sound like a ‘Kontakt instrument’.

Aria Violin is priced at £30, with an introductory price of £15. See the Aria site for details.

9 thoughts on “Aria Violinist – A Virtual Violin For Kontakt”