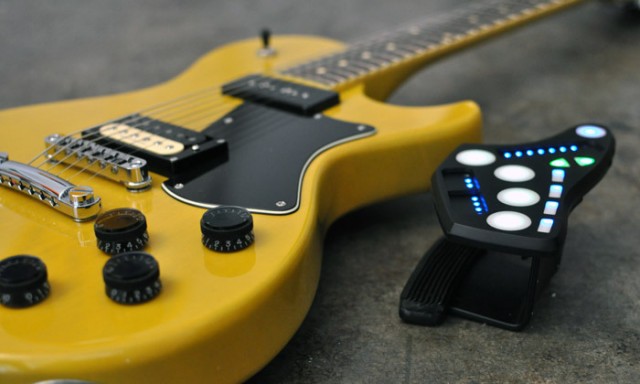 Livid has wrapped up a successful Kickstarter campaign for the Guitar Wing – a new MIDI controller for guitarists.

The Guitar Wing is a accessory that attaches to guitars and basses, offering wireless control of software plug-ins, DAWs, iOS apps & MIDI effects units…right from your guitar or bass. Livid had set a project goal of $45,000, and they raised over $70,000.

Here’s the official intro on the Guitar Wing:

And here’s Columbian metal band Headcrusher offering their take (in Spanish) on the Guitar Wing:

Never let the lyric get in the way of the groove.