Worth watching: This vintage (1969) BBC program looks at “experimental music education,” of the time. We’re not sure if it’s the most awesome thing ever – or the most disturbing. Either way, it’s a fascinating look at how some of the avant garde musical approaches of the day – including electronics and system music –  were brought into the classroom. 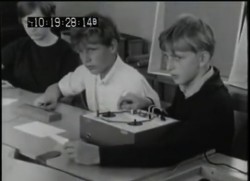 Presenter Peter Fletcher talks in the studio with some of the music teachers about their unconventional Summerhill-like educational methods (the children “progress from play to composition without actually being taught”), and about the tape loops, reel-to-reel recorders, bowed sheet metal, and “multi-vibrator” instruments the children used to create their works.

Along the way, you get an idea of how this educational approach was viewed at the time. The presenter asks teacher Roy Cooper, “Do you make bizarre, strange noises just for the sake of it, or do you think there’s some sort of educational value to be had from this work with the children?” 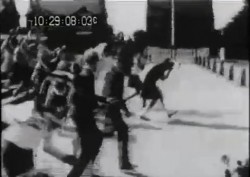 We’ll stop short of making watching this video a requirement, but your homework is to make a track about ‘heat, radiation and relentlessness.’.

Hat tip to Keith Handy for finding this gem.