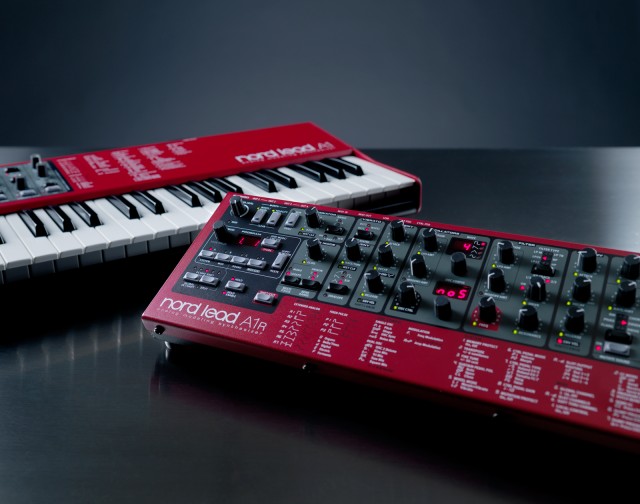 Clavia DMI AB has announced that the Nord Lead A1R, a desktop/rack-mountable version of the new Lead A1 analogue modeling synthesizer, is now shipping.

All of the features of the Lead A1 synth are carried over to the A1R, with the exception of the keyboard. The waveform engine generates 47 different waveforms from classic analog to digital harmonic and inharmonic waves. Filters include Low Pass, High Pass and Band Pass, along with the newly modeled Ladder M and Ladder TB filters.

The A1’s effects section offers vintage Chorus and Ensemble models. Delay, Reverb, Drive, Phaser and Flanger, with independent settings for each of the four slots. Nord’s Morph function, via Velocity or the Mod Wheel, is also included, allowing multiple parameters to be morphed in real time.

Other features include an independent arpeggiator for each of the four slots, Master Clock sync of the LFO, delay and Arpeggiator, MIDI over USB, and four independent outputs.

Several updates have been made to the Lead A1/A1R design since it was announced at NAMM:

Here are audio demos of the Nord Lead A1/A1R:

The Nord Lead A1R has a street price of about US $1,500. See the Nord site for details.