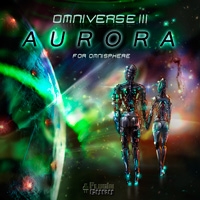 has introduced Omniverse III: Aurora – a patch library for Spectrasonics Omnisphere that has its own sci-fi backstory.

The patch library is based around a sci-fi concept story and comes with a 4-page comic of the ‘Omniverse Chronicles’.

The audio demos include tracks by film and TV composer Amin Bhatia and others:

Here’s what he has to say about the new patch library:

I decided to “think out of the box” for this library:

1) I wrote a fictious story about an invasion that happend on the planet Omniverse and spans over the artwork you see in Omniverse Vol 1 and 2: A Dark Hope. The UnVerse are invading!

2) I created 100 patches that could be used to “tell this story” as a film score including Fast attack String Orchestra Patches, Short Attack Strings, Fast Arco strings, Solo Cello-ish, Solo French Horn, Ensemble French Horns, EPIC EPIC Pipe Organs (with Choir and Strings versions also included), Orchestral Bass Drum, Orchstral Snare Drum, EPIC Impacts, Death of a Evil Civilization, amazing and unorthodox Bell patches and the most mind blowing synth pads I’ve ever created for anything. There is also the Auroa Piano which is a truly unique patch that starts very mellow but adds toxic distortion and mult-octaves to the sound as you move the Modulation wheel to max!

Make sure you listen to Amin Bhatia’s incredible “Battle for Omniverse” demo composition. Aside from a kick from Stylus RMX and a few other Percussion samples, this entire composition was created with only the Omniverse III: Aurora patches! This compostion sounds like it came from a $1,000.00+ Sample Library of sounds – but it didn’t!

3) Jeffrey Martell did the AWESOME cover artwork and also turned my story into an EPIC anime style 4-page comic and this comic is included in PDF formate with the library for FREE!

Omniverse III: Aurora is available now for US $30. Spectrasonics Omnisphere 1.5 or later is required.

2 thoughts on “New Patch Library Travels To The Omniverse”