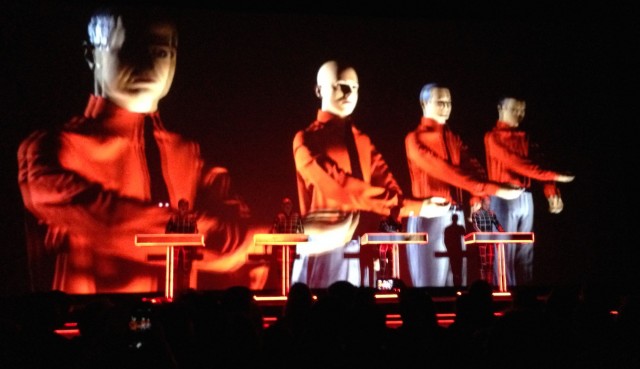 Moogfest 2014, held in Asheville, NC April 23-27, was an ambitious undertaking that transformed Moogfest into an international event.

In response, organizers have announced that there will be no Moogfest 2015, but that it will return in 2016 as a biennial event.

Here’s what they have to say about the decision:

The decision to produce Moogfest biennially is in an effort to maintain the authenticity of the event, as well as the financial and spiritual health of Moog Music and its employees, whose primary focus will always be designing and building synthesizers.

“Moogfest 2014 was a proof of concept so we could experiment with a new business, a unique format, and a new creative direction,” says Mike Adams, Moog Music Inc. President & CEO. “Producing Moogfest every other year allows us to retain the high level of innovative programming as well as the originality and independence we established in 2014.”

This new iteration of Moogfest, with Moog Music Inc. at the helm, brought thousands of musicians, inventors, engineers, futurists, ethicists, visual artists and their fans together to discuss the future of technology and creativity. It established a space for conversation and collaboration while bringing visibility to North Carolina as an international hub of new ideas. Musical performers included legends like Kraftwerk, Keith Emerson, Nile Rogers and Giorgio Moroder alongside future and current stars like M.I.A., Flying Lotus, Dan Deacon, and Factory Floor.

“This future-forward version of Moogfest is in its infancy,” says Emmy Parker, Brand Director of Moogfest and Moog. “It will take some time for it to grow, but it’s clear that people want an unadulterated ideas-based festival that combines new art, music and technology. Moogfest is a personification of the Moog ethos and we’re honored to dedicate a full two years for curating each festival, with a sustainable, long-term plan for maintaining this platform for all those who share our passion.”

As a pioneer in electronic music and the inventor of the Moog synthesizer, Bob Moog was an innovator who introduced the world to the sound of the future. Moogfest, a five-day synthesis of music, technology and art, held April 23-27 in Asheville, N.C., brought an equal ferocity of spirit to the festival that bears his name.