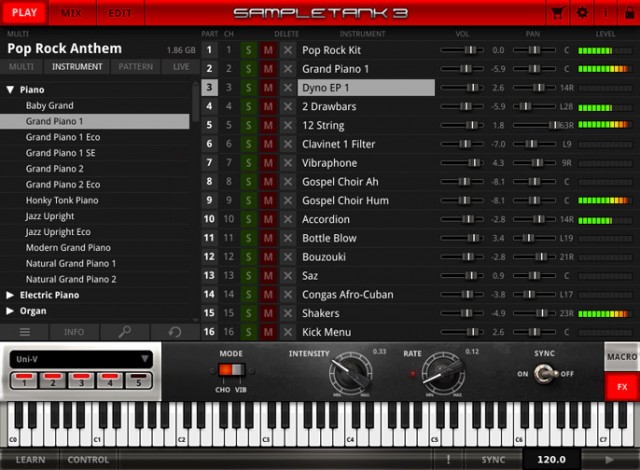 IK Multimedia has announced that SampleTank 3, the latest version of its software ‘sound and groove workstation’ for Mac and Windows, is now shipping.

SampleTank 3 is available now from music and electronics retailers worldwide and from the IK Online store until September 30, 2014 at introductory prices of: