At the 2015 NAMM Show, Korg and Noritake introduced the Nutube, a new miniaturized and high performance vacuum tube.

In cooperation with Noritake Itron Corporation, Korg has developed the Nutube to offer improved reliability and efficiency, while still generating the same rich harmonics which vacuum tubes are known for. 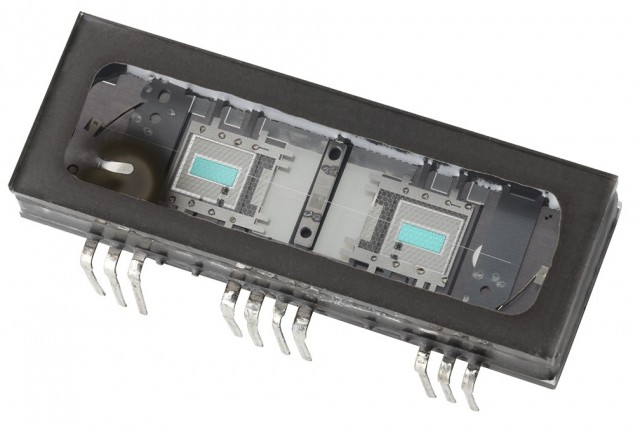 As with previous vacuum tubes, the Nutube is structured with an anode, grid, and filament, and operates as a complete triode tube, generating the same rich harmonics that are distinctive of conventional vacuum tubes.

By applying technology from Noritake Co., Limited’s vacuum fluorescent displays, though, the structure of the vacuum tube has been modified, dramatically reducing its size and allowing it to consume less power.

Korg outlines these benefits to the new ‘tube on a chip’ technology:

“As an electronic component, a vacuum tube has the disadvantages of being larger than a transistor, having a shorter lifespan, and a higher power consumption, and although many people like the sound of a vacuum tube, historically they have been more difficult to deal with,” states Korg’s Fumio Mieda, who has helped develop Korg synth going back all the way to the MS-20. “The Nutube sets us free from these many limitations, making it possible for us to think about using it in new products,” added Mieda.

The Nutube 6P1 is designed specifically to generate rich harmonics when used with a musical instrument. Products using the Nutube are currently under development, with announcements expected during 2015.