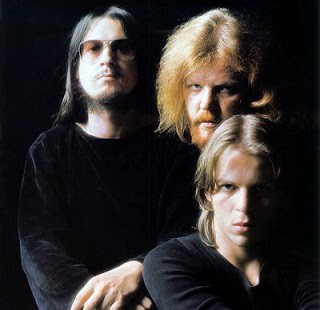 The group will also be working again with Peter Baumann, who was part of Tangerine Dream from 1971-77, as part of the much-loved Baumann, Franke & Froese period.

The group made the announcement in the Tangerine Dream newsletter:

It’s still not easy to address some words to you as we all do miss Edgar immensely…..

But we think we owe you an explanation why we have decided to continue working together despite the painful loss of Edgar.

On numerous occasions over the past months Edgar explained his vision for what was to become the first album of the ‘Quantum Years’. Some of the changes he suggested were rather radical ones, others more aiming towards an evolutionary progression of what’s been there already.

As a consequence we (Edgar, Thorsten and Ulrich) had already begun working on material for this project – the initial plan was to get together at some point during the first half of this year and to create a joint record on the basis of those ideas.
It’ll be the greatest challenge since we started making music to finish this project without Edgar’s physical presence but due to the instructions he has already given us and the sketches he recorded, we feel that we should at least try to realize Edgar’s vision.

We assure you that we’ll do our best to produce a result that is as close as possible to what he would’ve wanted it to be.

We’re also grateful that Peter Baumann (ex-member of TD) has agreed to support us with this project – he’ll even be present during the 2nd half of a longer recording session that’s currently been scheduled for this April.

Again, we’re fully aware of the extreme challenge that this task represents – but we’re also hoping that we’ll manage to come up with a result that will satisfy Edgar – and you.

The announcement appears to contradict the wishes of Froese’s son and former TD member, Jerome Froese, who recently said that “Tangerine Dream was my Dad and my Dad is dead, and so is Tangerine Dream.”

What do you think of the idea of Tangerine Dream living on, without Edgar Froese? Leave a comment and share your thoughts!

You can muffle the drum, and you can loosen the strings of the lyre, but who shall command the skylark not to sing?