The introduction of the Apple Watch has created both an opportunity and a challenge for music software developers.

There’s an opportunity, because so many musicians are already using Apple’s iOS for for music making, and the Apple Watch extends that platform. And there’s a challenge, because the idea of a wearable music platform, based on a mass-market smartwatch, is largely uncharted territory. Is there really a place for music apps on your wrist? 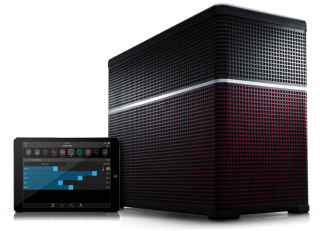 The new AMPLIFi Remote v2.11 update lets you control and access amp tones via Apple Watch. You can now access tones, control levels, search the Line 6 Tone Cloud, and use the tuner, right from your wrist.

AMPLIFi Remote works with the entire AMPLIFi family, and provides you with control over every aspect of tone and effects.

AMPLIFi features that can be accessed from the Apple Watch include: