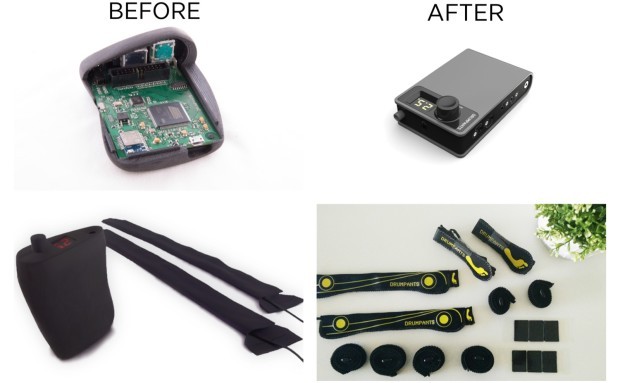 The developers of DrumPants have announced DrumPants 2.0 – the harder, faster, stronger, better version of the wearable wireless MIDI controller.

According to the developers, the updated DrumPants 2.0 controller brings reliability, latency, and design improvements – and puts all that power in your pants.

Production of DrumPants 2.0 is being funded with an IndieGoGo campaign. Here’s the official video intro:

Here are some ways that DrumPants are being used:

DrumPants 2.0 is available to project backers, starting at US $109. See the project site for details.

19 thoughts on “DrumPants 2.0 Are Harder, Faster, Stronger, Better – But Still In Your Pants”