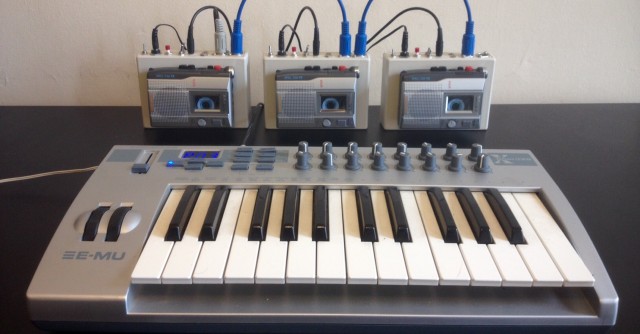 Crudlabs has introduced the Crudman – a monophonic Mellotron-like instrument, designed around a single cassette Walkman. 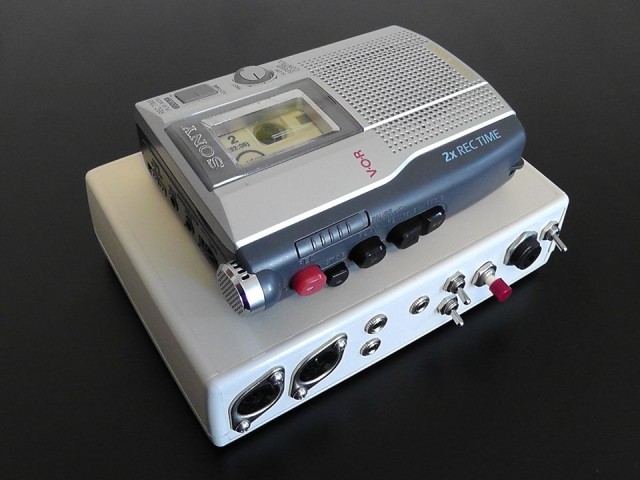 The Crudman, above, is based around a Walkman which has been elaborately hacked so that a tape of a looped or droning sound (or any other sound) can be precisely sped up or slowed down, via MIDI or 1v/octave CV, to accurately hit notes over a range of 3 octaves.

Here’s an example of a single Crudman in action:

Here’s an example of three Crudmans, daisy-chained for polyphony:

The Crudman can be played just like a synthesizer with MIDI or CV in. Standard synthesizer parameters – ADSR, pitch bend, portamento, can also be set using MIDI Control Change messages.

To use, put in a tape tuned to C, and you can play all the way from C two octaves down, to C one octave up – 3 whole octaves.

While the concept is simple, the developer says that a great deal of research and experimentation has gone into building the most powerful cassette Walkman instrument possible. They’ve documented the design and build process on their site.