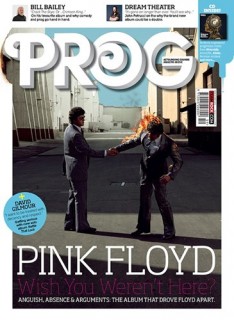 While some may dismiss the announcement as the delirium of a 21st century schizoid man, true prog fans never let go – and think that the fact that this wasn’t introduced 40 years ago was the crime of the century.

The new monthly chart is a partnership between The Official Charts Company and Prog Magazine. The chart will act as a definitive monthly list of the UK’s most popular prog albums; giving the genre new recognition and the credit it deserves ‘as more than just an archaic 1970s phenomenon’.

Albums eligible for the chart have been identified by the progressive rock gurus at Prog Magazine, with the biggest selling titles ranked on physical and digital sales and audio streaming data.

Jerry Ewing, editor of Prog Magazine, said: “Prog artists have always pushed the boundaries of musical convention, and by doing so, many have gone on to be some of the best-selling and most influential artists of all time, but prog didn’t stop in the 1970s, there are many people out there who are into prog artists and just don’t seem to know it!

In conjunction with announcing the new ranking, Offiical Charts and Prog Magazine have also announced a ranking of the biggest selling Prog artists of the 21st Century. The list includes a mix of both classic and modern prog artists, and reveals the organizers’ expansive view of prog:

The Official Top 30 Progressive Artists of the 21st Century

Is it finally prog’s time – or is this just about money? Check out the lists and let us know what you think!