At the 2015 Summer NAMM Show, one of the most surprising introductions was the new Yamaha Reface line of mini keyboards.

While some were hoping for a new monster synth, what we got instead was four new mini keyboards – and mini keyboards that are designed with very different goals than minisynths like the Korg microKorg or Novation MiniNova.

Mini keyboard designs inherently involve making some compromises. In the case of the microKorg and the MiniNova, the compromise is taking a powerful synth engine and packing it into a tiny keyboard, with a minimum of hands-on controls. This tends to make these synths a lot more cumbersome to navigate than their full-size siblings.

The Reface Keyboards have been designed with different goals. They are very focused keyboards, with interfaces that are closely tailored to each keyboard’s specific purpose. As a result, they deliver much better tweakability than most mini keyboards, while still being really portable.

At the Summer NAMM Show, Yamaha’s Nate Tschetter showed his keyboard gig bag, an SKB-style case that he packs four keyboards, pedals and cords into. They only thing that doesn’t fit in the case is his keyboard stands: 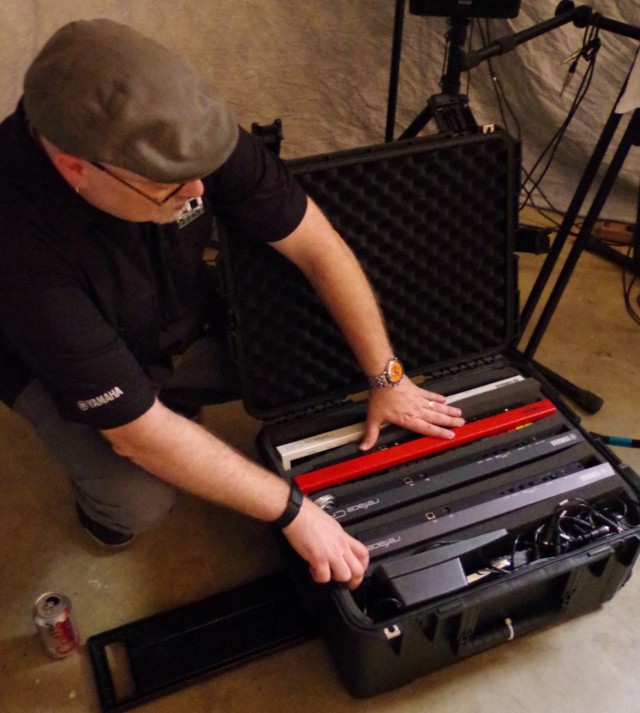 We think that there are three main situations where mini keyboards make sense:

If you hate the idea of mini keyboards, the Reface keyboards probably aren’t going to change your mind.

But, if you do want a mobile keyboard, a starter keyboard that offers room to grow or a sound module that you can play with your existing control keyboard, the four Yamaha Reface keyboards are well-designed, tweakable options to consider.

We spent some time with each of the new Reface synths, and you can find links below to our reviews of each:

Of the Reface line, the Reface CP combo piano, was our favorite. It has fantastic Fender Rhodes and Yamaha stage piano sounds, paired with very good effects, which bring to mind lots of great 70’s recordings.

Check out each of the reviews for details on what we liked and didn’t like about each keyboard. And, if you’ve tried any of the Reface keyboards, leave a comment and share your thoughts on them!

It is astonishing what you can conjure when you are quiet. Just the act of being still is sacred. No wonder all the spiritual traditions focus on breath and stillness.