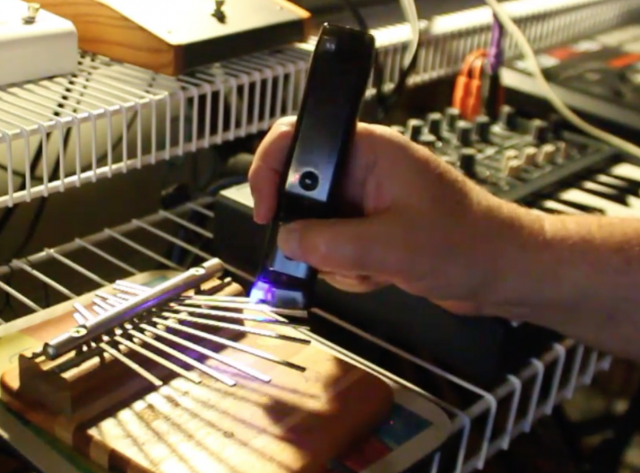 And, while the Wond is being targeted to guitarists, Vo says that it is the most powerful handheld exciter, sustainer and controller ever made – so it has other interesting applications.

In the video, Stack uses the Wond to magnetically excite the tines of an electric kalimba to make them vibrate. The tine sound is then processed with an Eventide H9 multi-effects pedal.

The result is a sound that’s definitely kalimba, but unlike kalimba sounds that you’ve heard before.

The Paul Vo Wond was originally produced via a Kickstarter project, but is now available directly from Vo’s site for US $209.

5 thoughts on “Sound Design With The Paul Vo Wond”