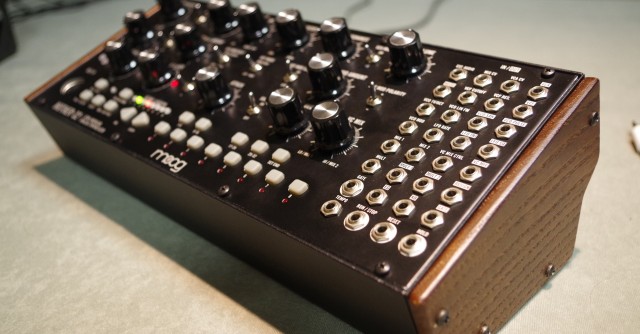 #6 – One of the hits of the year with readers was the introduction of the Moog Mother 32 analog synthesizer.

The Mother 32, previewed at Knobcon 2015 and officially introduced in October, is a semi-modular, all-in-one synth that works as a stand-alone instrument or as part of a Eurorack modular setup.

31 thoughts on “The 10 Most Interesting Synth Introductions Of 2015”

The new limitations are the human ones of perception.