Musical chameleon and actor David Bowie, born David Robert Jones, has died at the age of 69.

While many of you will share in this loss, we ask that you respect the family’s privacy during their time of grief.

But some of his most influential work among musicians is his trilogy of albums, produced with Brian Eno & Tony Visconti in the late 70s, Low, Heroes & Lodger. The albums were recorded in Berlin, influenced by Kraftwerk – but not by Kraftwerk’s sound. 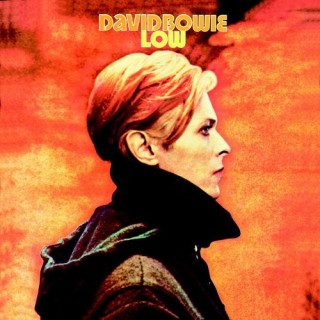 Much has been made of Kraftwerk’s influence on our Berlin albums.

Most of it lazy analyses I believe. Kraftwerk’s approach to music had in itself little place in my scheme. Theirs was a controlled, robotic, extremely measured series of compositions, almost a parody of minimalism. One had the feeling that Florian and Ralph were completely in charge of their environment, and that their compositions were well prepared and honed before entering the studio.

My work tended to expressionist mood pieces, the protagonist (myself) abandoning himself to the ‘zeitgeist’ (a popular word at the time), with little or no control over his life. The music was spontaneous for the most part and created in the studio.

What I WAS passionate about in relation to Kraftwerk was their singular determination to stand apart from stereotypical American chord sequences and their wholehearted embrace of a European sensibility displayed through their music. This was their very important influence on me.

Bowie viewed the Berlin Trilogy as his his musical DNA:

For whatever reason, for whatever confluence of circumstances, Tony, Brian and I created a powerful, anguished, sometimes euphoric language of sounds. In some ways, sadly, they really captured unlike anything else in that time, a sense of yearning for a future that we all knew would never come to pass. It is some of the best work that the three of us have ever done.

Nothing else sounded like those albums. Nothing else came close. If I never made another album it really wouldn’t matter now, my complete being is within those three. They are my DNA.

Below a fan video for the Low track Subterraneans:

In this video, Bowie shared his thoughts on synthesizers – especially synthesizer presets:

The lyrics to Bowie’s last song, embedded at top, reveal him dealing with his mortality:

Look up here, I’m in heaven I’ve got scars that can’t be seen
I’ve got drama, can’t be stolen
Everybody knows me now

This way or no way
You know, I’ll be free
Just like that bluebird
Now ain’t that just like me?