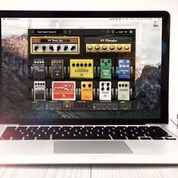 This week, Positive Grid announced their release of BIAS FX Standalone, the world’s “first and only” cross platform guitar amp-and-effects processor. Previously released as a desktop plug-in, BIAS FX now allows musicians to use it as a fully-functional standalone application for both Mac and PC, without the need of a DAW or any other software.

In addition, BIAS FX Pro now adds MIDI and automation support for both the standalone and plug-in versions, making it a performance-ready amp and effects application for professional live and studio use. 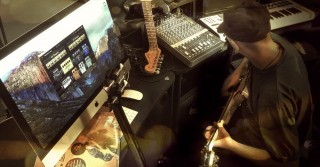 MIDI And Automation. The professional edition of BIAS FX, BIAS FX Professional, now includes MIDI and automation, enabling users to control BIAS FX as they would with a real amp/pedalboard setup: toggle pedals on/off in real time, use expression effects, switch among pedals, assign multiple parameters, and more. Users who have already purchased BIAS FX Pro as a desktop plug-in can now download the standalone version with MIDI and Automation free of charge.

Pricing and Availability.  Positive Grid’s BIAS FX Standalone is available now, and retails for for $99 (standard version) and $199 (pro version) via the BIAS Store. For more information, go to the Positive Grid website.