At the Winter NAMM Show, expressive controller manufacturer Roli featured a variety of artists at its booth, showcasing its RISE controllers with virtuosic musical performances.

In this video, keyboardist and synth designer Jordan Rudess performs a classically-inspired composition on the Roli Seaboard Rise 49 controller. 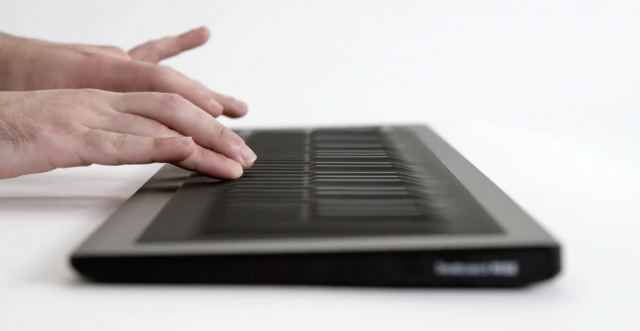 Roli’s Rise 49 controller retails for $1199 (£949, €1299) and is currently available for preorder on the Roli website. The controller is expected to ship in late February 2016, and be available via Roli’s network of retailers in North America and Europe in the first quarter of 2016.