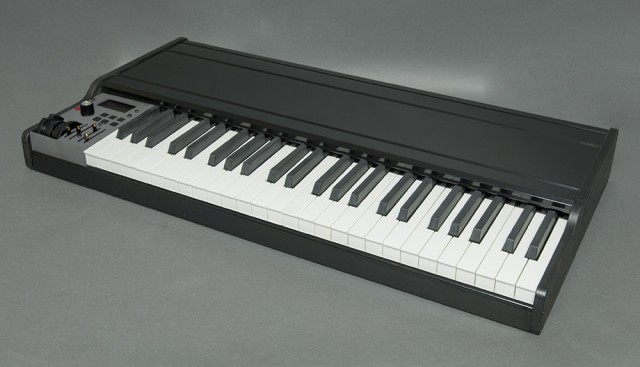 Infinite Response has announced that it is now taking orders on a the first-run of its new VAXMIDI keyboard controller.

The VAXMIDI is the successor to the VAX77, considered by some to be the finest MIDI controller ever. It featured polyphonic aftertouch, hi-res velocity, release velocity and a host of other capabilities. Unfortunately, it was very expensive to manufacture and its $2450 price tag limited its audience.

With the VAXMIDI, Infinite Response is trying to take the key performance features of the VAX77 – semi-weighted hammer action keys, hi-res velocity sensing, polyphonic after touch and release velocity – and make them available in an affordable MIDI controller.

The VAXMIDI is about 1/3rd the cost of the VAX77, a result of Infinite Response focusing on the most important features and leaving the final assembly to the customer. They say that the only tool required is a screwdriver, but assembly can take a few hours.

Details are available via the VAXMIDI site.

16 thoughts on “VAXMIDI Is Like The IKEA Of High End, Open-Source MIDI Keyboards”