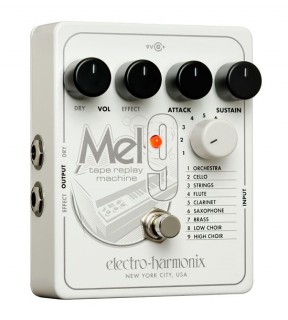 Electro-Harmonix has introduced the Mel9 Tape Replay Machine – a new effect designed to turn your guitar (or keyboard) into a Mellotron.

The Mel9 ‘pays homage to nine of the coolest Mellotron sounds’, according to EXH:

Unfortunately, Electro-Harmonix has not shared a demo of the Mel9 with keyboards at this time.