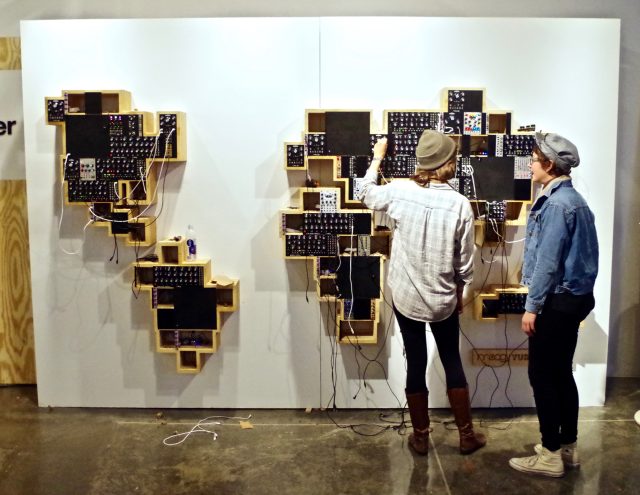 At Moogfest 2016, Moog was displaying three new, unannounced Eurorack modules, as part of its Global Synthesizer installation, above.

According to our contact at Moog, two of the modules – the Geodesic Sampler and the Geospatial Reverb – are custom builds, specific to the Global Synthesizer.

The third module, the Brother From Another Mother, was designed as a project for ‘Engineer VIP’ attendees to build at the event: 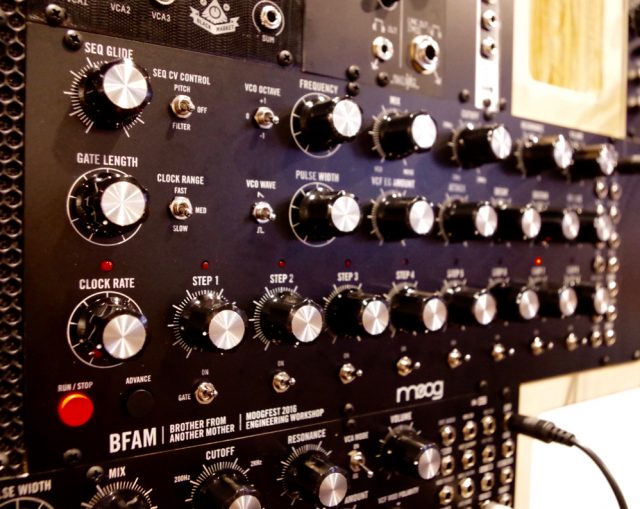 The Brother From Another Mother (BFAM) is a module, in Eurorack format, that is designed to be a complete analog synth and sequencer, but also to be a complement to the previously released Mother-32 and other Euro modules.

The Brother From Another Mother offers a basic synth voice, with:

The workshop BFAM has a silver panel with black type, instead of the black panel with white type of the Global Synthesizer version: 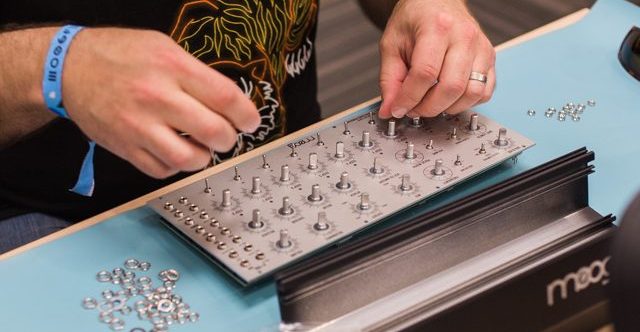 Officially, the Brother From Another Mother synth module was designed specifically for the Moogfest Engineer VIP Workshop. We’d be surprised, though, if the BAFM doesn’t get a broader release, at some point.

The BFAM was introduced to Moogfest Engineer VIP attendees, during a two-day synth DIY workshop, led by Moog engineers:

13 thoughts on “Moog Brother From Another Mother Eurorack Module”