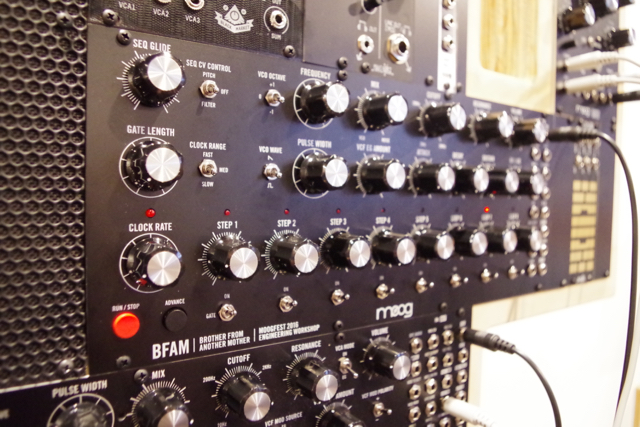 At Moogfest 2016, being held in Durham, NC Thursday May 19 – Sun May 22, we spotted three new Eurorack modules that are still to be announced.

The Brother From Another Mother is a new module, in the style of the Mother 32. It’s being built by Moogfest Engineer VIP attendees. No word has been announced on whether it will be available outside the show.

Our contact at Moog said that the Geodesic Sampler and the Geospatial Reverb are project-specific modules. No plans have been announced to release them commercially.