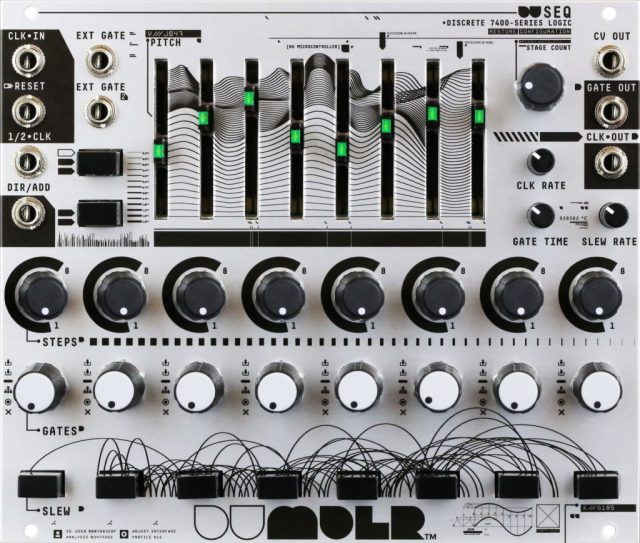 Detroit Underground shared this video demo of the DU-SEQ, an analog pulsing sequencer with an intuitive interface.

‘The 1V/octave pitch signal path is fully analog, and the gate signal is generated from discrete 7400-series logic (no microcontroller), clocked directly from a built-in clock, with tempo and gate width settings, or an external clock/gate signal.

Each of the up to eight steps has a two-octave pitch range and can be assigned to pulse or count up to eight times using one of six gating patterns — including two external gate pattern inputs.

Other features include CV control of step direction, CV selection of the next step, slew rate limiter assignable per step, and a half-clock button and CV input. You can ‘fuzz’ the direction input with noise to generate a glitch in the sequence on tempo.