Exclusive Video Premiere: Teufelsberg is the new track from Rex The Dog (Jake Williams). It comes from his new EP on Kompakt.

Teufelsberg is inspired by a Cold-War era listening station in Berlin. The track makes interesting use of samples made at the abandoned site and showcases William’s creative use of his modular synth.

We asked Williams to share some background on the new track: 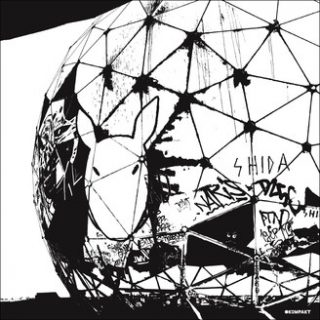 Synthtopia: Your new track is titled Teufelsberg (Devil’s Mountain), after a man-made hill in the former West Berlin that had a US listening station on it.

What can you tell us about Teufelsberg and how it relates to your new single?

There are two smaller domes, which are quite torn up and interesting. But, if you climb nine stories, you get to the largest dome, which is really the main event.

The acoustics are super spooky – any little sound just goes berzerk. I recorded only about 5 minutes in there, but when I went through the recordings there was this kind of short howl sound – a combination of the wind hitting the edge of a hatch and people on the stairs. I put it in the sampler, and it plays the main melody of the track. Pitched down through a reverb it sounds really mournful, but when you pitch it upwards it seems to really take off.

Synthtopia: What can you tell us about the spoken samples in the track?

Williams: They’re taken from a ‘Numbers Station’ shortwave radio transmission. ‘Numbers Stations’ were (and maybe still are) a technique used by various intelligence services to communicate with their spies in the field. This one is German and has a really good bleep on the end.

Synthtopia: The video is a realtime modular performance. Can you tell us a little about the technical side of both your rig and how you’re using it in the video?

Williams: The audio is live, each instrument is routed to a Mackie LM-3204 mixer and recorded separately.

In the main rack there are:

Off-camera there is a secondary rack, connected to a computer to record the audio and provide the clock:

Synthtopia: There’s a unique Euro module featured, the RTD-001. What can you tell us about it and how you use it? Are there any plans to develop it as a commercial module?

Williams: It’s a sampler I built on a synth-hacking course a couple of years ago. I built a second one because the first one didn’t completely work, but they’re good and I made face-plates for them, too. You can see them both in the video. No plans to do them commercially really, they’re more for my own use.

Synthtopia: Thanks for taking the time to answer a few questions for us. Where can readers get the new EP and where’s the best place to keep up with what you’re doing?

Williams: Thanks, the EP is out already on Beatport. The vinyl will be out on 9th September. We’re on Facebook and we have a website, too.

Rex The Dog released an animated video last year that tells their story: