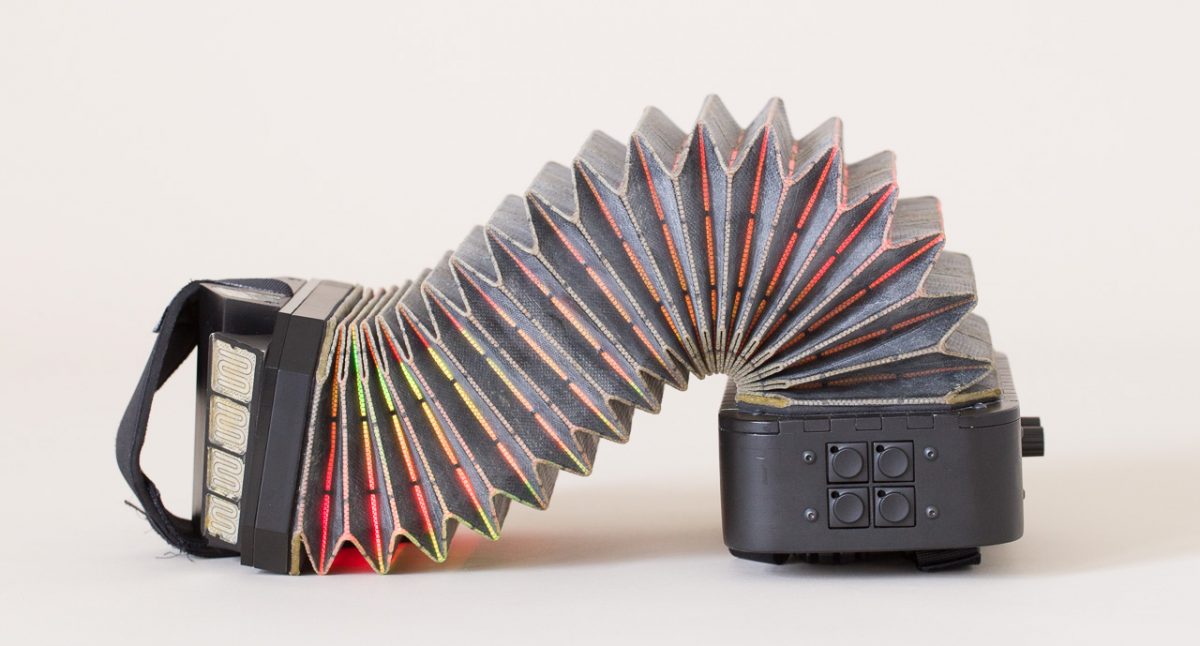 The developers of the PushPull – a sort of squeezebox for electroacoustic music – have collected all their materials documenting the creation of the instrument and made it available to the public for free on Github.

The PushPull, created by Dominik Hildebrand Marques Lopes, Amelie Hinrichsen and Till Bovermann, was one of the winners at 2015 Guthman Music Instrument Competition, an international event to promote new musical instrument design.

Moving the hand piece controls the air stream within the bellow and guides air to blow over microphones. The inertial sensors in the hand piece, together with capacitive fingertip sensors, let you continuously shape the sound.

Here’s a demo of the PushPull in action:

PushPull is the first instrument developed as part of the 3DMIN project, an interdisciplinary team for the Design, Development and Dissemination of New Musical Instruments.