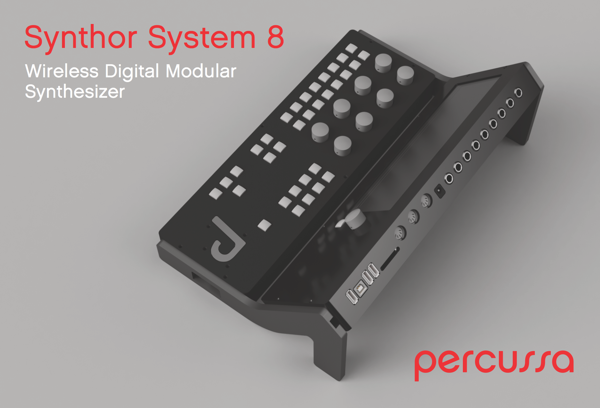 Percussa has announced that it is launching its Synthor System 8, a new hardware digital modular synthesis system, at the 2017 NAMM Show, being held January 19-22 in Los Angeles, California.

The System consists of:

Aluminium rack ears are included to mount ENGINE above the remote control surface.

Percussa ENGINE integrates seamlessly with Percussa REMOTE, the main control surface for the ENGINE and wireless base station for the Percussa AUDIOCUBES.

Synthor System 8 can be upgraded with additional Percussa AUDIOCUBES later on, supporting up to 16 wireless devices in total in one wireless network. The wireless technology used in Percussa’s products was developed specifically for musicians and Percussa says that it has proven its reliability and performance in many professional musician’s setups.

Percussa’s Synthor System 8, ENGINE, REMOTE and wireless AUDIOCUBES will be on display at NAMM at the Percussa Booth #4823, Hall C.