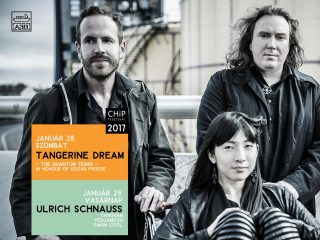 Here’s what to expect at the event:

On Sunday, the festival concerts will start with Pergamoon, a Hungarian group that performs live takes on Tangerine Dream classics and also creates Berlin-school style original compositions. They were previously known as Force Majeure.

The evening will also feature Tangram, a project of progressive electronic music composer Peter Fabok, who takes inspiration from 80’s ambient and electronic music. He has released near 30 albums under the stage name ‘Tangram’, which refers to Tangerine Dream’s ’80 album of the same name. His music moves between ambient through melodic electronica.  Micropolis, Layers and Waning Gibbous are Tangram’s most popular albums. He will perform music from his new album, Vector Henge.