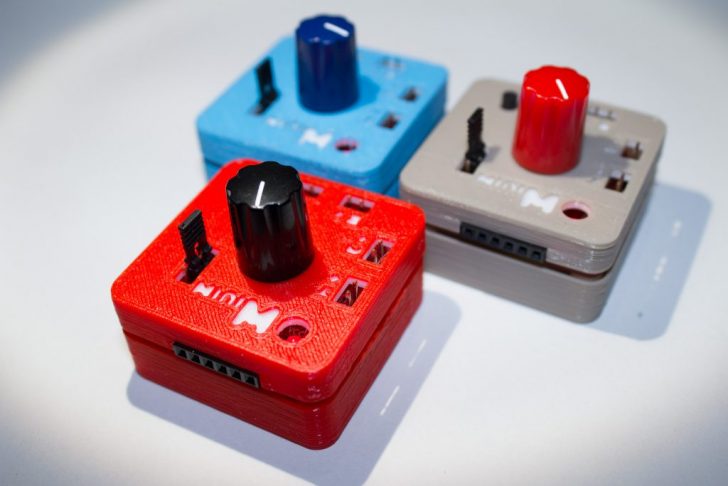 Gonzales has created two versions of the miniMO:

Here’s what Gonzalez told us about the miniMO:

“I built miniMO with the aim to make a modular system as affordable as possible, so that people can see what it is about and give it a try without breaking the bank.

All the modules have an ATtiny85 at their core, so it is very easy to program them with the Arduino IDE. Also, the modules are all identical: if you have three units, you can program three oscillators, or one oscillator, one sequencer and one filter, or any other combination of the available programs.

I have already programmed all the (in my opinion) basic synthesis blocks, and I’m actively developing new ones.”

Here are some examples of the miniMo in action:

All the code, designs and parts are freely available via github and thingiverse, You can find out more about the miniMO at the project site.

If you build a miniMO – or build on the miniMO design, leave a comment and share what you’re doing!

Note: Developer Jan Ostman also created a synth with the name miniMO. It has since been renamed to Mono. Details are available at Ostman’s site.

One thought on “The miniMO Is An 8-bit, Open Source Modular Synthesizer”