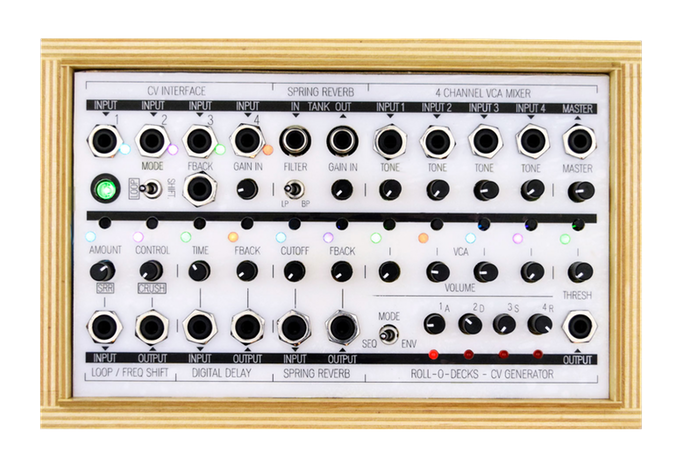 Following up the success of their crowd-funded Field Kit, today KOMA Elektronik launched another Kickstarter campaign, for the new Field Kit FX.

The new field kit device is a new CV-controlled effects unit, a “box of wonders for the experimental-minded musician.”

All of this combines with the new 4-Channel CV Interface, which enables the user to route four CV signals throughout the device, offering an incredible control over sound and timbre, and making a great addition to a mobile performance rig.

The Field Kit FX is built up from 7 separate functional blocks, all focused on, as the developers describe it, “mangling and changing” incoming audio and CV signals. They explain, “The blocks are designed to operate together as a coherent addition to our Field Kit Electroacoustic Workstation, or alternatively [work] together with other pieces of music electronics with the ability to use control voltage signals.” 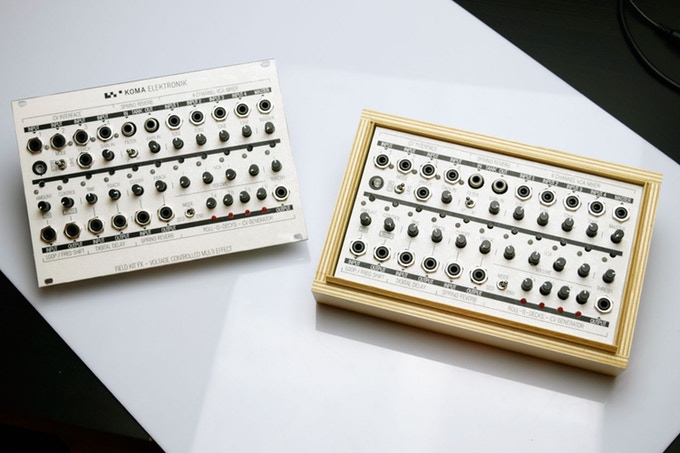 Eurorack Option. The Field Kit FX will be available both as an assembled unit in a wooden enclosure or as a Eurorack module. When you choose the boxed version and would like to have the opportunity to rack mount your FX, you can unscrew the Field Kit FX out of its box, take off the front panel and mount the Eurorack panel easily.

Open Source Software. KOMA Elektronik is making available the source code of the DSP engine and user interface itself. The digitally-controlled parts include the looper, the frequency shifter, sample rate reduction, bit crushing effect, phaser, the CV interface and the Roll-O-Decks. The source code is commented, so even if you are not an experienced programmer, you can tweak certain settings. KOMA developers added, “We encourage programmers to play around with the code and share it with other users.”

The audio (above) was recorded straight from the Field Kit FX, using an original Field Kit, Hainbach’s Toy Piano, FolkTek Omnichord and Roland 606 as audio sources. 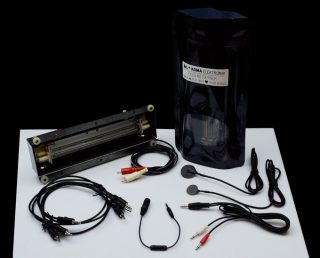 FX Expansion Pack. The Field Kit FX is sold as a stand-alone instrument, but is also offered with an Expansion Pack, which includes additional sources that you can use and connect to create your own signature sounds.

The FX Expansion Pack is available as a separate reward, or bundled with the Field Kit. 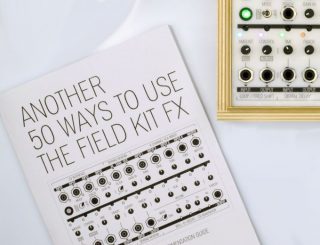 The book has 50 different setups with the Field Kit FX, with topics like how to use audio as a modulation source, “cool ways to use frequency shifting,” using overdubbed looped layers, how to program and load your own effects for the DSP engine, and so on.

KOMA Elektronik’s Field Kit FX crowdfunding campaign has just begun on Kickstarter, and will run through November 12, 2017. The regular MSRP for the Field Kit FX is 249€, but Kickstarter backers can take advantage of a 219€ “Early Bird” price. Field Kit FX with the FX Expansion Pack will retail for 299€, but has an “Early Bird” Kickstarter offer of 268€. Estimated delivery date is March 2018.