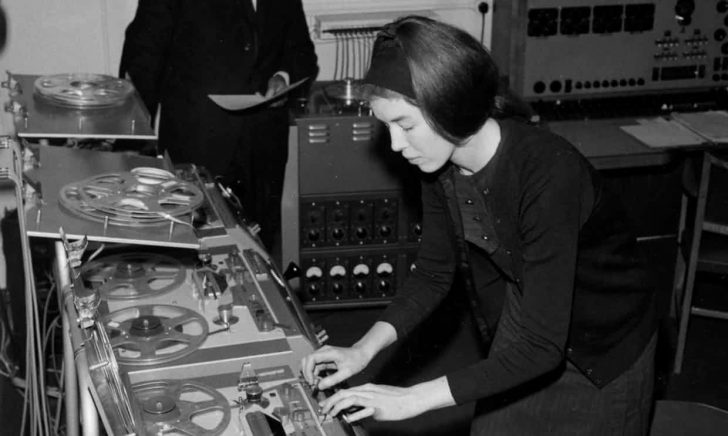 The Guardian reports that British electronic music pioneer Delia Derbyshire (1937 – 2001), best known for realization of the iconic theme for Dr. Who, has posthumously been awarded an honorary PhD by Coventry University.

The University is also launching a series of workshops in Derbyshire’s name to try to inspire young people to pursue maths and music.

Derbyshire was born in Coventry in 1937. After graduating from the University of Cambridge, she soon found work at the BBC as a trainee studio manager. In 1962, she was assigned to the BBC Radiophonic Workshop, where she worked for more than a decade in the Workshop’s golden age.

In her time at the Radiophonic Workshop, she created music and audio effects for more than 100 radio and television programs. But she’s best known for her 1963 arrangement of Ron Grainer’s theme for Dr. Who.

“Any composer of my generation with an interest in electronic sound and music cannot fail to have been influenced by Delia’s talent,” notes Mark Ayres, a composer and sound designer at the Radiophonic Workshop. “It is very fitting that Delia is receiving this posthumous honorary doctorate from Coventry University. Delia was proud of her roots in the city and deeply affected by the damage wreaked upon it during the second world war, though much inspired by the sounds she heard around her during that time.”