“This evolves the mobile beatmaking app concept into a more complete song creation tool,” says Retronyms co-founder JP Walton. “It has synchrony with what Akai has been working on with MPC desktop and their hardware as well.”

Here are some of the key new features in iMPC Pro 2: 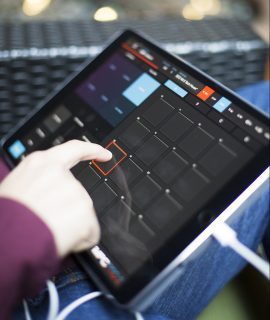