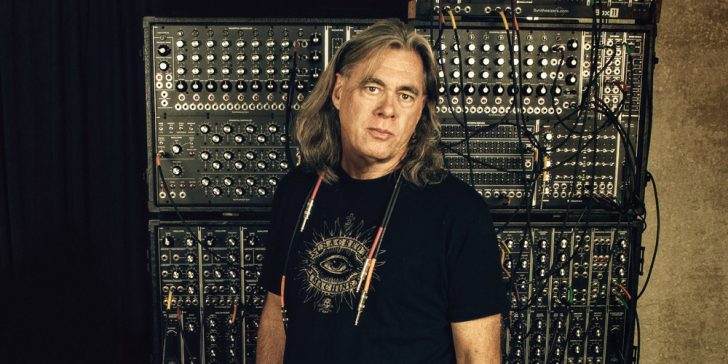 Synthesist Steve Roach is featured on the latest Echoes Podcast.

Roach has been nominated for a Grammy Award in the New Age category, the first nomination in his 40-year career, alongside artists like Brian Eno and Kitaro.

In this interview, host John Diliberto talks with Roach about is Grammy nomination, pushing the boundaries of music categories, modular synthesis, his influences and his secret love of metal music.

You can listen to the interview via the embed below or at the Echoes site.