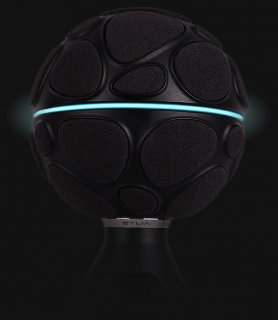 ZYLIA Studio PRO is a VST/AU plugin which enables spatial filtering and signal separation directly within a DAW. The plugin transforms a single 19-channel ZM-1 recording into a number of Virtual Microphones, which can be pointed in any direction around the mic.

This makes it possible to set up and monitor Virtual Microphones of multiple polar patterns or characteristics, either live or during post production.

With the ZYLIA Studio PRO plugin, it is possible to set up an arbitrary number of Virtual Microphones and adjust their characteristics and positions, during the recording or in the post-production stage. Outputs of the Virtual Microphones are available as separated tracks directly in the DAW software, for application of effects and mixing.

Details are available at the Zylia site.