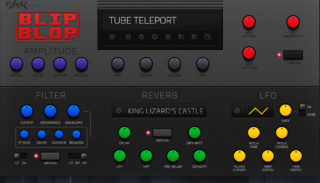 We’re proud to present an instrument with roots in some of the most legendary gaming audio chips, and some that aren’t. Because modern music creation has over 40 years of great games to draw from, we’ve taken it to the next level by creating several patches that capture the musical essence of games throughout history.

For the latest instrument in the FLAVR release, we’ve once again teamed up with SyncBeats’ very own Ehud Kaldes. Ehud is an expert producer, sound designer and multi-instrumentalist. Working in LA’s top recording studios, he has collaborated with some of the music industry’s biggest names. We’re excited to give you a chance to taste the latest of Ehud’s FLAVR additions to Roland Cloud.

Details are available at the Roland site.