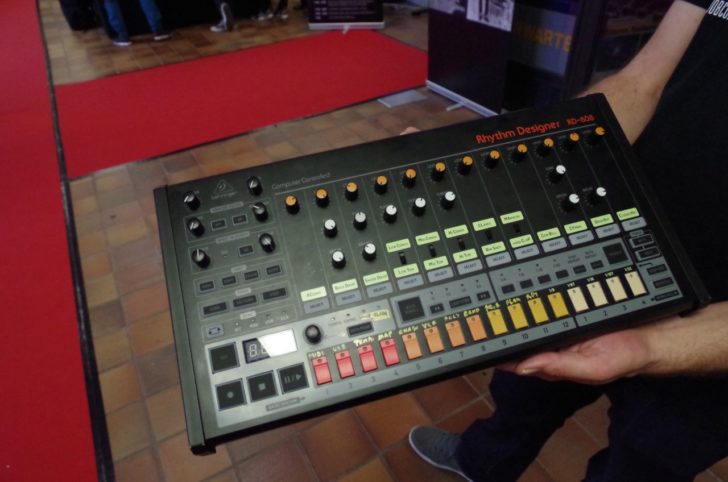 This year, though, Roland + Puma are introducing 808-inspired sneakers, while it’s Behringer teasing the new gear:

Given the date, it seems likely that they’ll officially introduce the Behringer RD-808 drum machine, previewed at Superbooth.

Here’s an intro from Rob Belcham, Senior Principal Systems Engineer at Music Group. The RD-808 discussions starts about 2 minutes into the video:

Behringer could also be planning to make a bigger splash and introduce other clones on Roland’s turf.

Since then, Behringer has teased plans for many other clones of vintage Roland gear:

Let us know what you think of Behringer’s plans in the comments!