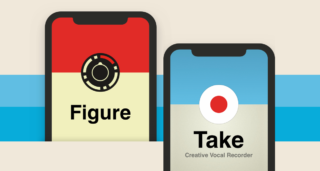 Propellerhead has announced that it’s bringing back Figure & Take for iOS.

The two apps were originally introduced by Propellerhead, but were spun off several years go with its Allihoopa startup. Allihoopa shut down in January, leaving the two apps in limbo.

Now they’re back at Propellerhead. Here’s what the company has to say about it:

We’ve acquired Figure and Take from the now defunct Allihoopa. We’re releasing them as Propellerhead apps and will be bringing them into the family of Propellerhead music making tools.

We originally developed both Figure and Take. When Allihoopa split off from us, those apps went with them.

After Allihoopa closed down, we couldn’t let those great music making apps die, so we brought them home to the Propellerhead family.

Since the Allihoopa sharing service no longer exists, we had to remove dependencies to Allihoopa inside each app‚ e.g. no browsing Allihoopa or dropping to Allihoopa. As we progress, we intend to fill some of these holes in other ways through a series of updates.

The apps are still free, but require a Propellerhead account.