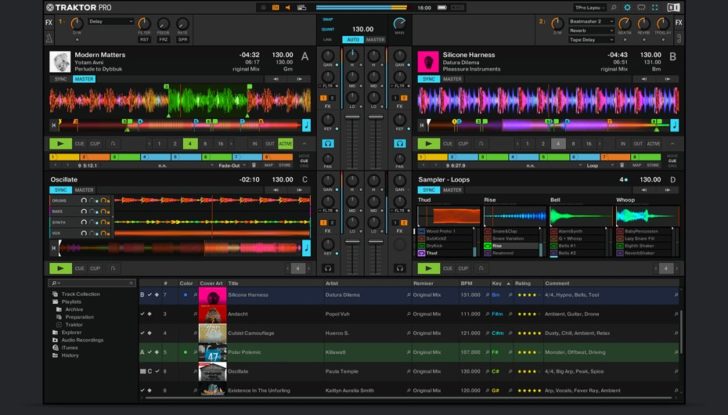 The update, dubbed “The Harmonic Mixing Update,” is designed to help users mix in key and make their sets more musical – choosing tracks that share compatible keys, and using key changes as a way to creatively program their sets.

To coincide with the release, Traktor have teamed up with Chris Liebing to create a video where he gives his take on harmonic mixing, and take users through what’s new:

The free update integrates the new Elastique 3.3 keylock algorithm for sharper transients and more presence when pitching up or down.

The update also introduces a new dedicated control for pitching up or down by semitones, with an integrated display of the resulting key.

The update, says Native, means that DJs can much more easily extend the range of tracks that match harmonically.

Tracks which match the track on the master deck are now highlighted in the browser section, meaning it’s much faster and easier to mix in key.

The update also sees a +6dB boost to the headphone output on the Traktor Kontrol S4 across the entire range of the Cue Mix.

Pricing and Availability. Native Instruments’ Traktor Pro 3.2 update is available free of charge to all Traktor Pro 3 users, and can be installed via Native Access.

For More Information: A full list of changes can be found in the support section of the Native Instruments website.