Bitwig has announced the release of Bitwig Studio 3, a major update to the DAW for Linux, macOS & Windows.

Bitwig Studio 3 opens up the underlying modularity of the DAW, via The Grid. 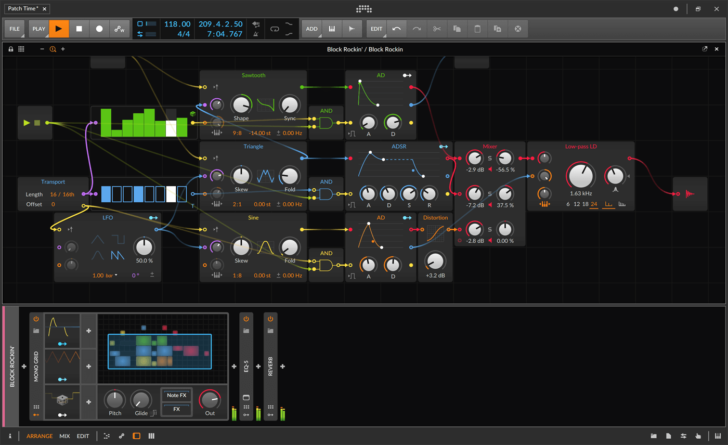 The Grid In Bitwig Studio 3

The Grid is a modular sound-design environment, with a library of 154 modules, an assortment of editing gestures and interactive assistance.

Two new devices are available to make use of The Grid:

As a new native element in Bitwig Studio, The Grid can be used in many ways.

Here’s a summary of what’s new in Bitwig Studio 3:

Bitwig Studio 3 is available now for US $299. A free demo version is also available. Version 3 is a free update for customers with a Bitwig Studio license and a valid upgrade plan.

How you play a note is just as important as what note that is.