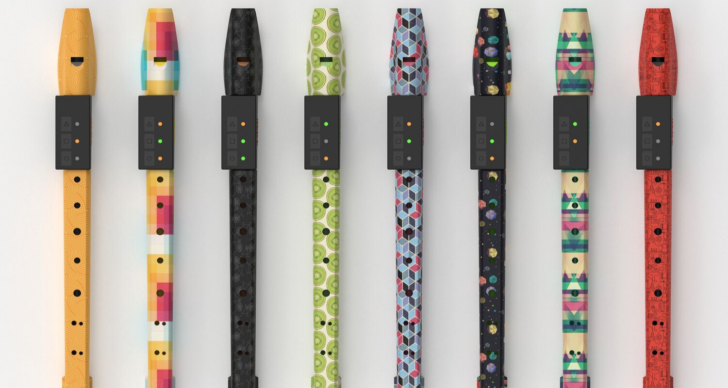 Artinoise – a new startup from soundmachines founder Davide Mancini – has launched a Kickstarter project to fund production of the re.corder, an ‘augmented’ soprano recorder.

It can be used in three main ways:

The instrument can be played with a variety of sounds – including strings, brass, piano and more – or be used as a wireless BLE MIDI controller.

Here are examples of the re.corder in action as a controller:

The re.corder is being produced via a Kickstarter project and is available to backers starting at €55/ $60.

I don’t particularly care how many records we sell any more because we’ve kind of bought all the equipment we want to buy.