Bloom Ascension is an album of sequencer-driven music, Roach’s first work ‘conceptualized for LP’ since Desert Solitaire. It expands on the rhythmic sounds of his recent albums Spiral Revelation (2017) and Molecules Of Motion (2018).

The video is a montage, capturing Roach at work in his Timeroom Studio. 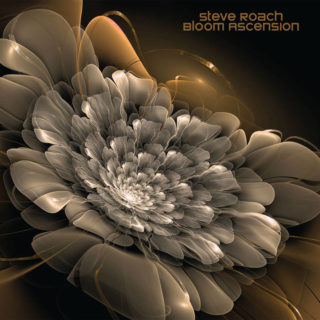 “Bloom Ascension grew from the inspiration to envision an album that’s the same musical experience across all formats (LP, CD, download, streaming and cassette.) In order to maximize the fidelity of the LP’s dynamic deep bass and crisp detailed high end, I settled upon a 44-minute canvas.

It captures the sense of urgency and the direct transmission of pure emotion I felt at that moment in my Timeroom studio.

Working this way, the infinite detail and visceral sonic impact of the large format and Eurorack analog modular synthesizer systems feeds the mental states this music activates — hyper-alert, expansive and kinetic, yet suspended and calm at the center.”