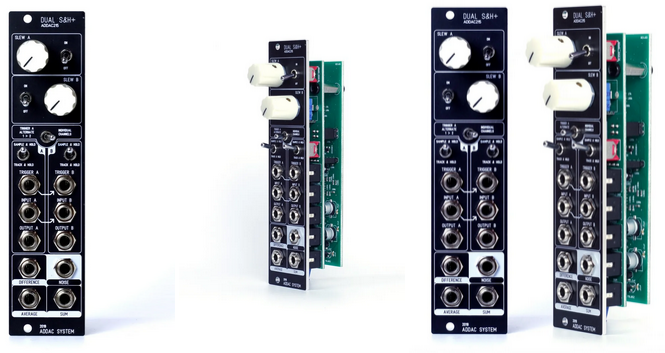 ADDAC System has introduced its new 215 Dual Sample & Hold+ Eurorack module, which offers sample and hold, plus a variety of features and utility options.

At its core, the 215 features a noise source and two precision Sample & Holds, with 0.01% of maximum deviation from the Input. This enables greater predictability during performances, since quantized signals can be sent through the signal chain without detuning or voltage drops over time. 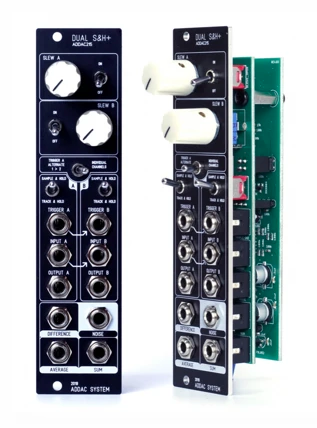 Both the Sample & Hold and the Track & Hold sections also feature their own slew processor, featuring a single control over attack and decay, as well as an ON/OFF switch.

The noise signal on the 215 module is normalled to both sections inputs. Therefore, when a jack is not plugged in, the sample and hold function will respond to the incoming noise signal — and proceed to generate random CV values. This in turn creates almost limitless creative possibilities with your sound sources. Meantime, the [Trigger A Alternate] switch allows a user to Link both sections so that any trigger input in Trigger A will alternate between triggering the A and B section.

“Our design philosophy in the 215 — and other new modules we will be introducing in the near future — pack various functionalities into small spaces so they can be used efficiently by our customers both in the studio or on the road,” notes André Gonçalves, General Manager of ADDAC System.