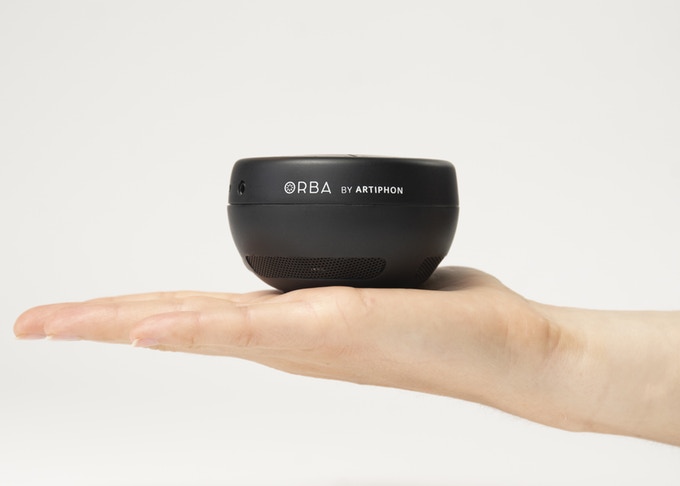 Orba is a $99 portable synthesizer, looper, and MIDI controller that’s designed to let anyone to make music immediately. They describe its minimalist design as “a cross between a gaming controller and half an orange,” and its touch sensitivity translates gestures from fingers and hands directly into music: 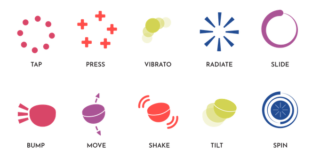 Orba allows the user to play every part of the song on a single instrument, switching easily among Drum, Bass, Chord, and Lead parts, then layering the parts to create a song with the built-in looper.

Eight touch pads with multi-color LEDs detect a variety of gestures like tapping, sliding, and vibrato, and motion sensors let players wave, tilt, and shake for more effects. Orba can be used as a standalone synth with a built-in speaker and connects wirelessly to mobile devices and computers via Bluetooth MIDI. 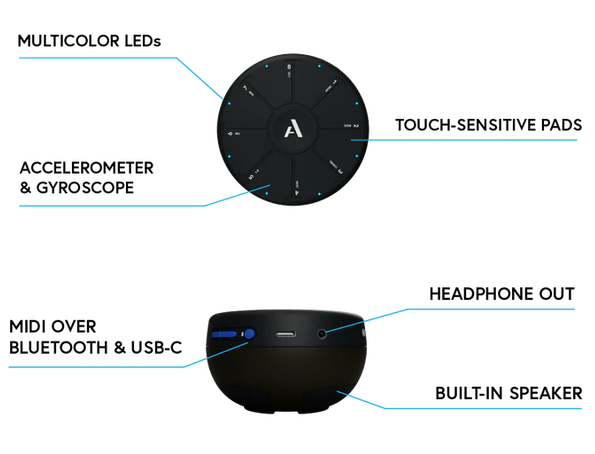 Three music-making modes: There are three ways to make music with Orba: play immediately with the onboard synth, customize with the Orba cross-platform app, or use it as a MIDI controller via Bluetooth LE or USB.

Artiphon designed a new synthesizer engine for Orba, with a broad range of synth sounds that work seamlessly with the instrument’s various playing gestures. Orba’s embedded looper enables the user to layer multiple parts without looking at a screen. Orba has a built-in speaker; plug in headphones to play alone, or connect an external amp to play it loud. 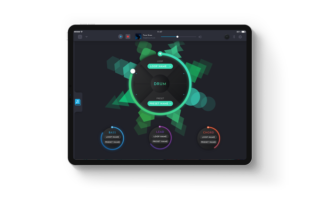 The Orba companion app lets users customize their instrument with new sounds, tunings, and patterns. Users can also share the music they create straight to social media and export to other music-making apps. Orba works with iOS, Mac, Windows, and Android, and is compatible with all major recording software including GarageBand, Ableton Live, Logic Pro X, Pro Tools, and FL Studio.

Orba also works as a MIDI controller over Bluetooth LE and USB. Orba is compatible with any MIDI app (including MPE synths and software) and all MIDI-enabled DAWs (GarageBand, Pro Tools, Ableton Live, FL Studio, etc.). Think of Orba as a musical mouse, giving you intuitive control over your synths and samples.

Pricing and Availability. The Orba Kickstarter campaign opens to backers today (November 25) and runs until January 12th, 2020. The crowdfunding campaign offers a limited number of instruments at an earlybird $79 price; normal price for the Orba will be $99 US.