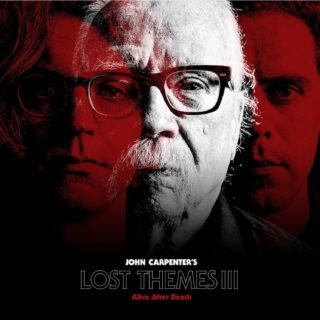 Sacred Bones Records has announced that the third solo album by John Carpenter, Lost Themes III: Alive After Death, will be released February 5, 2021.

You can preview the first single from the album, Weeping Ghost, via the embed above.

Here’s what they have to say about the new album:

“Underpinning Carpenter’s renaissance as a musician has been his collaboration with Cody Carpenter and Daniel Davies. They’ve composed and performed as a trio on studio albums, on soundtracks, and onstage.

On Lost Themes III, the trio reaches a new level of creative mind meld. Richly rendered worlds are built in the interplay between Davies’s guitar and the dueling synthesizers played by the Carpenters.”

In addition to a standard version of the album, they’re planning several limited edition options:

Each copy of the record comes with a 24″ x 36″ poster. See the label site for details.