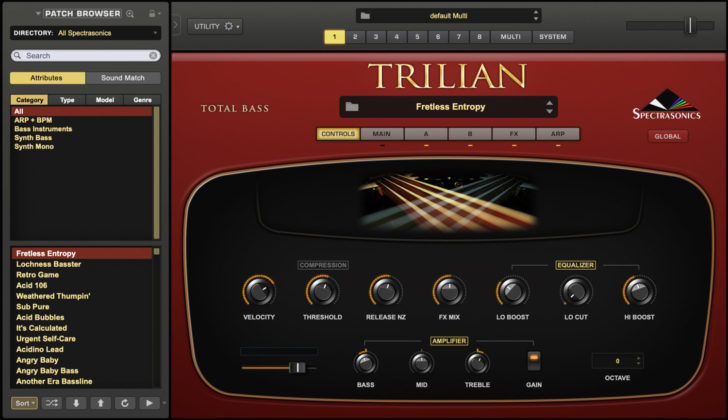 Spectrasonics has released an update to Trilian, their ‘total bass’ software synthesizer.

Here’s the official intro, featuring Greg Phillinganes + Taylor Gordon (The Pocket Queen) jamming and having fun with some of the sounds of Trilian 1.5:

Trilian 1.5 is available now as a free update for all registered Trilian users.

6 thoughts on “Spectrasonics Trilian 1.5 Available Now As A Free Update”