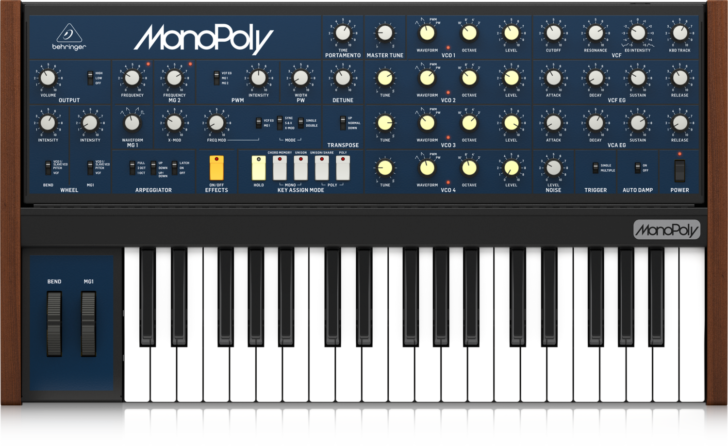 The original Korg Mono/Poly is a 44-note paraphonic keyboard synthesizer. It has essentially a four-oscillator monophonic synth architecture, but it offers a paraphonic ‘Poly’ mode, which allocates the four oscillators to individual notes, which are then fed through a shared monophonic signal path.

The Berhringer MonoPoly copies the general look and design of the original, but in a smaller format, replacing the original’s 44-note keyboard with a 37-note keyboard and shrinking the overall size. It adds limited MIDI control via USB & DIN, but also offers CV/Gate control.

Here are the official video intros:

The Behringer MonoPoly is now shipping and is expected to be available soon, priced at $699. See the Behringer site for more info.