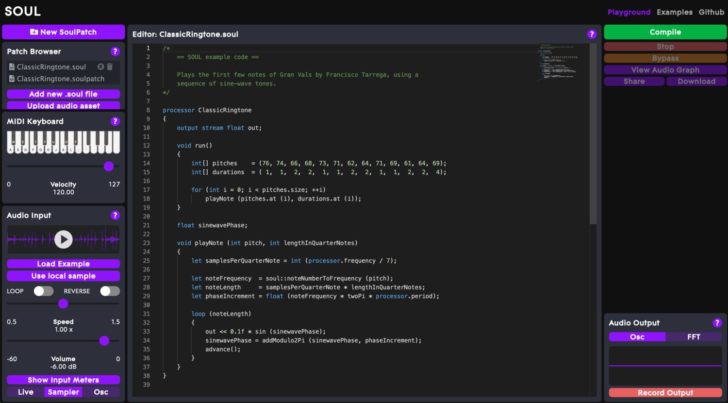 ROLI today announced the 1.0 release of SOUL – a new universal language for audio applications, which they say will dramatically lower barriers and expand access for developers creating any apps that depend on audio, as well as providing a more efficient architecture for audio processing.

“SOUL will revolutionize audio app development, eliminating challenges that have impeded developers for too long,” said Julian Storer, Head of Software Architecture at ROLI. “The need for a radical rethink of how audio apps are made has only become more urgent since I started the SOUL project in 2016. I’m tremendously excited about the V1.0 released today and the additional tools to come.”

The creators introduced SOUL at ADC 201:

Since then, the team has been iterating based on feedback via the open-source repository.

The SOUL team encourages developers to explore the language on soul.dev, read the documentation on the SOUL repository on Github, and give more feedback as the SOUL toolset continues to grow this year.